Globright is committed to becoming an expert in energy saving reconstruction

In the European debt crisis, the economic recovery of the United States has slowed, the economic growth of the developing countries is slowing, the competition in the international market is becoming increasingly severe, and the consumption demand of the US dominated Western countries is obviously weak, and the sales of domestic LED manufacturing enterprises are greatly affected, but the Zhejiang Globright optical technology Limited is uptrend, In the 1-8 month of this year, the sales momentum jumped. "This is inseparable from the company's timely development of new markets at home and abroad, and the continuous development of new products. LED lamps and lanterns, this energy saving and environmental protection product, have been slowly accepted and accepted by the civil market, and the development of our enterprises is in a rapid rise period." Liu Renming, deputy general manager of Globright's optical sales, said.

One by one the incandescent lamp

Zhejiang Globright Optical Technology Co., Ltd. is a subsidiary company of the city's tax winning company, Arrow Industrial Co., Ltd., formerly known as an arrow reflective material Co., Ltd. As the affiliated enterprise of Dow Ming optics of the listed company, in order to support the smooth listing of Tao Ming optical stock, and in response to the instructions of the Municipal Committee and the municipal government on the transformation and upgrading of the enterprise, the enterprise transferred the anti light material project. In 2010, the company registered to set up Shimin optics, mainly to develop, manufacture and sell LED lamps. After two years of research and development, the product has been accurately positioned as the two major indoor and outdoor series. Into the sample showroom of the company, the dazzling LED lamps and lanterns come into the eye. In the large class of LED indoor lamps, there are fluorescent lamps, bulb lamps, tube lights, smallpox lights, panel lights, industrial lights, desk lamps, etc. And outdoor series, such as streetlights, tunnel lights, wall washing lights, hard lights, digital tube, light source and so on, are also available. "In October 1st this year, the incandescent lamp has been phased out in China, and the incandescent lamp is completely banned by 2016. The LED lighting market will usher in a new opportunity for development." Liu Renming said, at present, China's civil lighting market has a huge business opportunity, and LED lamps and lanterns more than 65% power saving lamp, 90% less than incandescent lamp, 10 times the life of incandescent lamp, no pollution, no radiation, explosion-proof, green environmental protection.

Then, the staff set up another experiment. He first packed the ordinary light bulb and the company's newly developed LED air bubble lamp in two closed, transparent small boxes, then lit a cigarette and released the smog out of the box in the box. In a moment, the two boxes were smoky. At the same time, two light bulbs were turned on at the same time, less than thirty seconds, the smoke in the box where the LED air bubble lamp was in the box had disappeared rapidly, while the smoke in the ordinary bulb's box remained unchanged and still shrouded. "This LED air purification bulb lamp is specially aimed at the civil market. It is a high-tech product integrating lighting and air purification. It can produce a large number of negative ions at the same time. It can eliminate the smoke and remove the harmful gases, such as formaldehyde, benzene and ammonia, which are produced by the decoration. It is a new product jointly developed by our company and Zhejiang University and Fudan University in Shanghai. In addition to the bulb lamp, the tube lamp and the smallpox lamp, the series of air purification lamps are all the green and energy saving products which can directly replace the traditional lamps and lanterns, which are convenient and quick to install. As the reporter was curious, the company's R & D Engineer solved the mystery, "the smoke removal function of the air purification lamp is completed by the release of a large number of positive and negative ions through carbon fibers built by the built-in electronic devices and the rapid decomposition of smoke. This kind of air purification can be compared with the negative ions of photosynthesis, waterfalls and thunderstorms in nature. Clean air is widely used in family, entertainment and other public places, the fresh air in the nature and the harm of second-hand smoke. 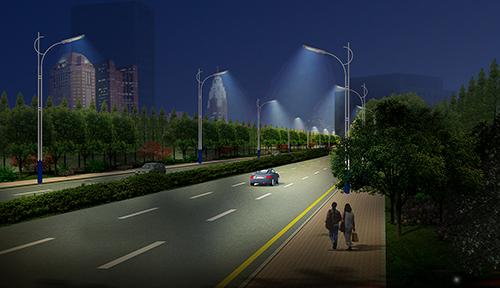 In fact, in addition to the LED air purification lamp, Globright optics has developed 15 new products this year, including solar street lamps, active heat radiation industrial light, human induced fluorescent lamp and so on. In view of the market demand, the company has invested in scientific research funds, continuously improving the original products and developing new products to deal with the market. This year, the cost of only investing in the model has reached about 3000000 yuan, and the total cost of R & D for new products is over 10 million yuan a year.

In order to strengthen R & D strength, the company paid high salaries to employ senior technicians who have worked in large companies such as international and domestic. Today, there are more than 10 senior engineers and 2 senior engineers in the R & D team. In order to ensure the quality, the high price of the company introduced production equipment such as South Korea, Germany, the United States, Japan and other countries, such as patch machines, reflow welders, automatic glue machine and other production equipment, as well as the testing and research and development equipment such as integral ball, thermal resistance temperature tester, constant temperature wet temperature test machine and so on. Today, Globright optics has more than 20 product patents, including 3 invention patents and 15 utility models patents.

Set up the civil market for Yongkang test water

Optics has set up a whole set of marketing plans. With the development of the engineering channel, it is the main product of the product sales. Now the products of the company have been blooming around the country's major cities: Wuhan Yangtze River bridge street lamp, Jilin street light, Urumqi's LED solar street lamp, Hunan Xiangtan industrial light, Shaoxing light textile city lighting and other projects, which have been widely praised by the users. And the development of new products suitable for domestic civil market is an important part of opening the market. From the previous LED lamp, fluorescent lamp, bulb lamp to the current air purification series bulb, tube lamp, and smallpox lamp, Globright optics has a perfect product line and leading domestic and foreign LED lamps and lanterns in the civil market.

At the same time, Globright optics has also established a perfect sales network. As of now, the company has established more than 20 sales points in the Yangtze, Zhejiang, Beijing, Shanghai and other places, and has built eight large areas in East China, Southern China, North China, central China, northeast and southwest, and each area has built at least 10 sales points. In the next few months, in the development of the civil market, Globright optics will take the latest developed air purification series of bulb, tube, and smallpox lamp as the main product. In Yongkang, we will make pilot sales, carry out a series of publicity and product promotion activities, select a batch of commercial farms and families to try their products and open the production. Product reputation and product reputation.

"The word-of-mouth of the native people is the most important. Moreover, Yongkang has a nationally known sales force all over the country. As long as there are sales places, there are Yongkang people's footprints. Yongkang has a good product, a very short time can be hit all over the country and form a climate, like heat preservation cup, anti-theft door is not so, LED lamps will be the next good product. Asked why he wanted to promote LED products in Yongkang, Hu Zhining, chairman of the company said.

"In addition to the obvious energy-saving LED lamps, our company is also committed to the development of more environmentally-friendly, more energy efficient, solar powered street lamps that do not require electricity." Under the guidance of the staff of the exhibition hall, the reporter discovered a unique style of solar street light. "This kind of energy saving and environment-friendly street lamp with high light efficiency and high power LED as light source does not need to bury the cable. As long as there is sunshine, it can be used, both economical and easy to install."

The lamps of the solar road have good light transmission and dustproof and waterproofing, and the surface of the product adopts the electrostatic spraying of environmental fluorocarbon powder to make the lamps and lanterns have good self cleaning. The lamp head is drawn from the aluminum alloy, and the LED light source is directly connected with the shell. Using the characteristics of the LED DC low voltage work, the cooling wing of the shell and the air are convective heat and heat, and the service life of the LED street lamp is guaranteed for 50 thousand hours. According to the daily work of 12 hours, the life expectancy is more than 10 years, and the maintenance cost is very low. It uses a single elliptical reflection lens, which controls the light emitted by the LED in the area that needs lighting, improves the uniformity of light emission and the utilization rate of light energy, and can highlight the energy saving advantages of the LED street lamp. Compared with the traditional sodium lamp, it can save more than 70% of the electricity. It combines solar photovoltaic panels with LED light sources to achieve the best price performance and high reliability for customers.

Globright optical workers are demonstrating the performance of LED luminaries.