Editor's note: as "ecological habitat", "green building" has become a repeated mentioned words, as well as the continuous shortage of global energy, green lighting has gradually become a hot topic in the process of promoting the sustainable development of the city.

The incandescent lamp energy consumption is too high, the energy saving lamp will produce mercury pollution, and the fourth generation of new energy products LED (luminescent two grade tube) lamp is favored by the government and enterprises because of the collection of energy saving, environmental protection and low carbon. The LED landscape lamps used in the opening ceremony of the Beijing Olympic Games in 2008 were brilliant and impressive. When World Expo, Shanghai, Shanghai held in 2010, the Shanghai Expo Axis of 1 km long used about 2000000 LED lights, 1 billion 30 million LED chips were used in the Shanghai Expo Park, and about 80% of the stadiums and venues were used. In view of this, building green buildings and green new towns can not lack the "green" light of LED lights.

In Yongkang, Zhejiang, Hu Zhining has a high reputation. In 1993, he began to develop reflective materials. In 1994, he set up an arrow anti light material Co., Ltd. in 1994. In 1996, he led the staff research and development of an arrow reflective material through the Zhejiang provincial science and Technology Committee. In 1998, the one arrow reflective material was selected as the national Torch Program, filling the gap in this field in China. Now, Hu Zhining is the chairman of Zhejiang Globright Optical Technology Co., Ltd. (abbreviated as shimming of Zhejiang), and the positioning of Zhejiang Globright is a high-tech private enterprise of LED photoelectricity industry.

Recollection of the original establishment of an arrow reflection material limited company, Hu Zhining did not deny that he had "ambition": "the company named as an arrow, is prepared 'ten years to wear a sword', give themselves ten years of time to achieve success." Facts have proved that Hu Zhining not only succeeded, but also shortened the time of success. After 5 years of the project of reflective material research and development, the national Torch Program was successfully selected to fill the gap in the domestic field at that time. Since then, sales of reflective materials have been getting better and better, and more and more products have been extended. Various honors poured in, and Hu Zhining's career entered the fast lane of rapid development. 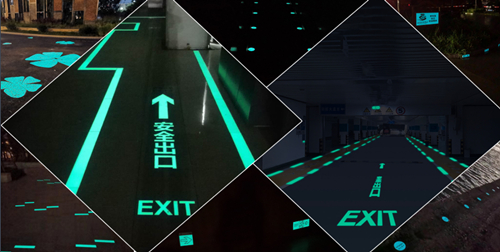 However, when the market demand is increasing, Hu Zhining resolutely stopped the pace of developing reflective materials and devoted all his energies to the LED industry. "The merchant, the most taboo is the old step." Hu Zhining said that his turn was not a whimsy, but not a random move. In his view, no matter what products have a life cycle, once the market is overheated, we must turn to other products to achieve long-term development of enterprises.

The opening ceremony of the 2008 Beijing Olympic Games gave the public the opportunity to recognize the magic of LED lights. The magnificent picture, the dream of the five rings and the gleaming costume of the sky. All this is achieved through LED lights. The brilliant and colorful lighting effects have impressed people deeply.

Then, at the 60th anniversary party in the new China, 4028 performers dressed up as colorful LED luminescence trees on the Tiananmen square in Beijing to form the world's most "Light Cube" theme performance area. The beautiful LED lighting effect made the audience resee the classic scenes of the opening ceremony of the 2008 Beijing Olympic Games.

When World Expo, Shanghai, held in 2010, about 2000000 LED lamps were used on the 1 km long Shanghai Expo Axis, 1 billion 30 million LED chips were used in the Shanghai Expo Park, and about 80% of the stadiums with LED light sources were used. In addition, there are also more than 1 billion yuan worth of LED display playback of rich video, the function of LED will play the most incisive.

The so-called "insiders look at the doorway, the laymen see the bustle". When the crowd applauded the LED lights in various celebrations, Hu Zhining saw the brilliant prospect of LED industry.

"Actually, as early as 6 years ago, I had been working on LED lamp packaging in Hangzhou." Hu Zhining said. Even if the LED lights were already in contact with the LED, the beauty and color of the LED in the 2008 Olympic Games made him open to the eye; and the 60th anniversary celebration in New China made Hu Zhining be so intoxicated with the LED lights; after World Expo, Shanghai, in 2010, the LED lamp was trapped in an incapable situation, and he was more firmly committed to it. The confidence and determination of the industry.

In 2010, after repeated tests, Hu Zhining set up Zhejiang Globright Optical Technology Co., Ltd. In this semiconductor lighting production base set up in Yongkang, LED products have been put into operation.

Over the years, developed countries have invested in supporting LED lighting industry. In 1998, Japan spent 6 billion yen on the twenty-first Century light program; the United States invested $500 million in 2000 to start the national semiconductor lighting program; in 2000, the EU announced the launch of the Rainbow program.

In addition, according to the national "12th Five-Year plan", by 2015, the localization rate of semiconductor lighting chips will reach 70%, and the industrial scale will reach 500 billion yuan.

Not hesitate to pay heavy money

However, the LED lamp holder wears a beautiful halo, but it takes a thorny road.

It is understood that the LED industry chain mainly includes chip R&D, epitaxial wafer production, LED packaging and LED applications. The former two belong to the upstream industry, and profit accounts for about 70% of the total LED industry. The latter two belong to the middle reaches and downstream industries respectively, and the profits are not high. For a long time, the epitaxial film production and the core production technology of the chip market have been monopolized by several big foreign industrial giants. They grab the output value of the whole industrial chain about 70%, and make the structure of the LED industrial chain in our country very unreasonable.

Because of the late start, compared with the developed countries in Europe and America, the domestic LED lamp industry has a considerable gap in both market size and technology. The main reason is the lack of core technology, especially the heat balance of white light, high power LED lamp, durable and efficient fluorescent powder and other patent technologies, which have been monopolized by developed countries in Europe and America, which hinders the development of LED lamp industry in China.

Hu Zhining said: "before, some of the LED lights used a period of time after light failure (that is, the intensity of light emission) is very serious, mainly to solve the problem of heat dissipation. If the technology is not done well, the sales of the products will be bad. "

"What is most proud of is that last year, we successfully solved the problem of cooling the domestic LED lamp industry and took the lead in the industry. We have also made great breakthroughs in power supply. " Hu Zhining said. Although the two patents have not been put into mass production, he said, buyers from Europe, America and Japan have extended the olive branch to Globright's optics. Once the patent application is approved, Globright's huge capacity will be released and the company will quickly step into a new stage.