What Can Luminescent Materials Bring to Humans

Countries around the world generally believe that, just as transistors replace electron tubes, semiconductor lamps replace traditional incandescent lamps and fluorescent lamps above door is the general trend. Energy saving and environmental protection are the mainstream of industrial development in the future. The development of semiconductor lighting will not only help solve the energy crisis and environmental protection issues, promote traditional industries, but also greatly improve people's quality of life. At present, China's energy crisis is becoming more and more serious, and semiconductor lighting can greatly achieve the purpose of saving electricity. It is expected that China's electricity consumption in 2010 will reach 2.7 trillion kWh and the electricity consumption for lighting exceeded 300 billion kWh. At the same brightness, the semiconductor power consumption is only 1/10 of the incandescent lamp. As long as 1/3 of the incandescent lamp is replaced by the semiconductor lamp, the country can save nearly 100 billion kilowatt-hours of electricity for the country every year, which is equivalent to a Three Gorges project. 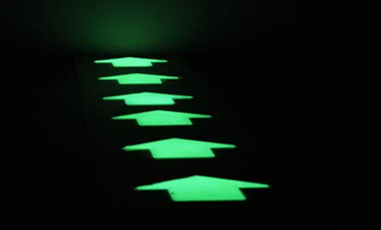 The U.S. Department of Energy predicts that by 2010, 55% of incandescent and fluorescent lamps in the United States will be replaced by semiconductor lamps, saving annual electricity bills of up to $ 35 billion. Semiconductor lamps will form a $ 50 billion industry. Facing the good prospects and huge temptations of the semiconductor market, a battle to seize the commanding heights of the emerging industry of semiconductor lighting is quietly starting around the world. In recent years, the United States, Japan, and the European Union have successively launched national semiconductor lighting plans to increase research and development efforts. Japan invested 5 billion yen to implement the "21st Century Light Project", and proposed that in 2006, semiconductor lamps will be used to replace traditional incandescent lamps on a large scale; the US Department of Energy has established "semiconductors" with 13 national key laboratories, companies and universities took part in. The “National Lighting Research Project” plans to spend 10 years at a cost of US $ 500 million to develop semiconductor lighting; the EU commissioned 6 large companies and 2 universities to launch the “Rainbow Project” in July 2000.

"Absorbing light for 10 minutes, emitting for more than 12 hours"-this is the promise of exit sign and emergency lighting. Without independent intellectual property rights, there is no initiative for development. Premier Wen Jiabao said at the National Science and Technology Award Conference: In today's world, science and technology are the decisive factor in the competition for comprehensive national strength. Independent innovation is the backbone of a country's rise. We want to introduce and learn the world's advanced scientific and technological achievements, but more importantly, we must base on independent innovation, and the true core technology cannot be bought. If China wants to be an innovative country with international influence, we must strengthen original innovation, integrated innovation and absorption based on the introduction of technology. ‘Master more independent intellectual property rights in key areas’ to own a place in the frontiers of science and strategic high technology.

Light glow in the dark sign is such an enterprise that has independent intellectual property rights and has also imported and digested key core technologies. Only then has it become one of the few companies in the world that has both core technologies in the field of semiconductor lighting, including light-emitting chips and light-emitting screens.